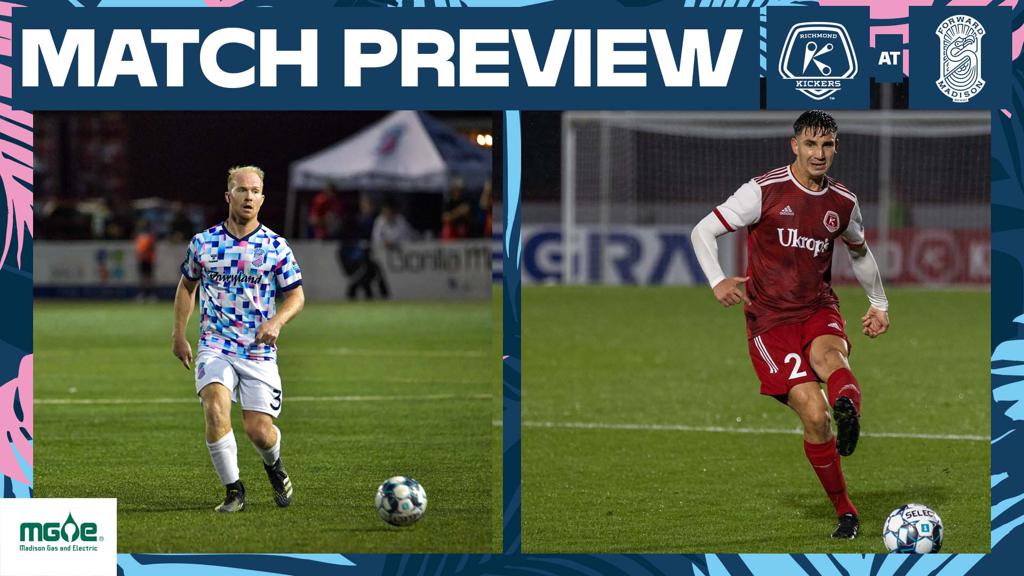 Forward Madison fight to move into a playoff position against Richmond

The Flamingos return home for their first USL game action in almost two weeks, as their last match against Richmond Kickers was postponed due to weather. FMFC played host to Minneapolis City SC this past Tuesday in a friendly match and beat the Crows 6-0 in decisive fashion.

Forward Madison currently owns a 5-4-9 record after 18 games, good enough for 24 points and eleventh place standing in the USL League One table. They sit just three points behind the third-place squad in the standings, meaning a playoff spot is very much in reach for the Flamingos.

Richmond Kickers come into this match on the back of a 0-0 draw at the hands of North Carolina FC on August 28. The Kickers own a 6-6-7 record, good enough for 9th in the USL League One table. Richmond are third in the USL in goals scored with 22 on the season. Their attack is led by Emiliano Terzaghi, who has made 18 appearances for the club and scored 12 goals so far this season.

Following Saturday’s match, the Flamingos will head out on the road to Toronto where they face Toronto FC II on Friday, September 17. Kickoff for that game is currently set for 3:00 PM CT.