Forward Madison Pick Up Massive 3 Points With 1-0 Win vs. Richmond 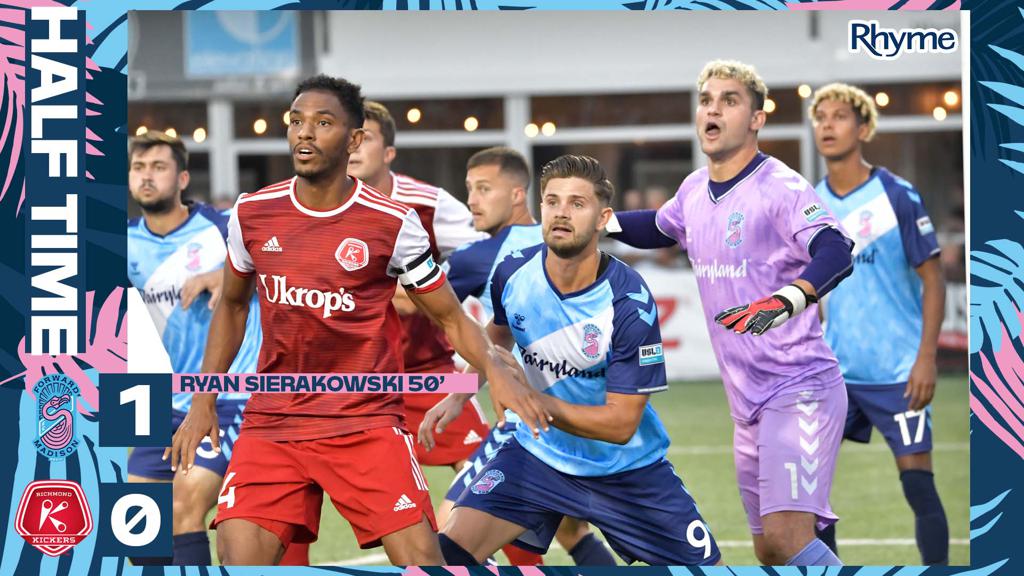 Forward Madison FC played host to the Richmond Kickers Saturday night in Madison, WI at Breese Stevens Field. The match kicked off at 7:00 pm C.T. The Flamingos and Kickers went back and forth with possession early in the match. Madison keeper Phil Breno made a big save early in the match in the 7th minute to keep the match level. The first half featured FMFC with the majority of possession in the opponent’s end of the field. The half ended level at 0-0.

The second half started much like the first with both teams going end to end, but with no real chances to speak of until the 50th minute when forward Jake Keegan cut inside from the left wing and played the ball in to the number # 9 Ryan Sierakowski who controlled before powering a controlled shot low past the sprawling Richmond keeper. Forward Madison had another chance in the 74’ minute, as new substitute on the pitch Tyler Allen made a darting run into the box and was tackled. No foul was called and play went on. Richmond put pressure on the FMFC back line towards the end of the match starting in the 80’ minute. The Flamingos held and won the match 1-0 in a dominant fashion.

Up next for the Flamingos is a road trip to Toronto to face Toronto FC II on Friday, September 17 at 3pm C.T. Toronto currently sits in 10th place in the USL League One standings.