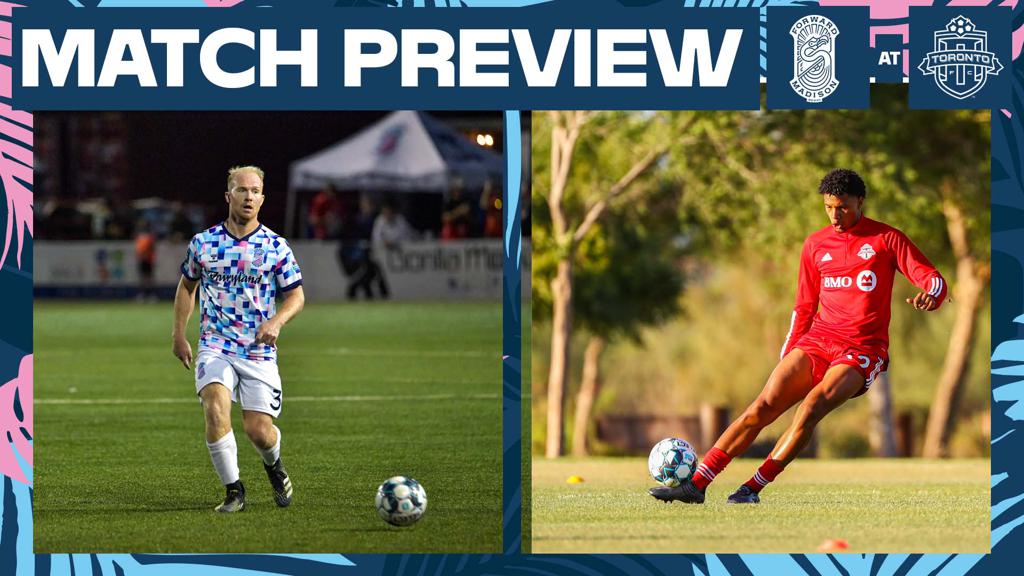 Forward Madison Travels to Toronto, Ontario to take on Toronto FC II at BMO Training Ground in this week’s matchup. This week's USL League One contest is set to kick off at 3:00 p.m. CT on Friday, September 17.

On Saturday, Forward earned a crucial three points en route to a 1-0 win over Richmond Kickers. With the lone goal coming from FMFC forward Ryan Sierakowski, credit the assist to Jake Keegan who found Sierakowski with a nice pass to secure the win. With a tight race to make the USL League One playoffs, FMFC will look to keep pace with the leaders of the league in this week's matchup.

The Flamingos currently hold sixth place in the USL League One table, with a record of 6-4-9 after 19 games which leaves them sitting with 27 points in the league. With only two points separating sixth to eleventh place teams, the last nine games will very much determine the playoff teams in USL League One. A strong defense will be key to success in the last nine games. Forward will look to gain its second straight clean sheet on the back of  USL League One Team of the Week Goalkeeper Phil Breno.

Looking ahead at this week's opponent, Toronto FC II comes into this match with a record of 6-8-7 good enough to sit in eleventh place with 25 points. Toronto will be looking to end its two-game losing streak. The Toronto side dropped points against Greenville Triumph SC by a score of 3-0, and most recently lost to Union Omaha 2-1. The squad looks to their maestro in the midfield, Luca Petrasso, to create chances, as he has created 32 chances in his 21 appearances for the club.

Following this Friday's battle with Toronto FC II, The Flamingos will return home to Breese Stevens Field for a contest against Greenville Triumph SC. This match will take place Saturday, September 25 at 7:00 p.m.