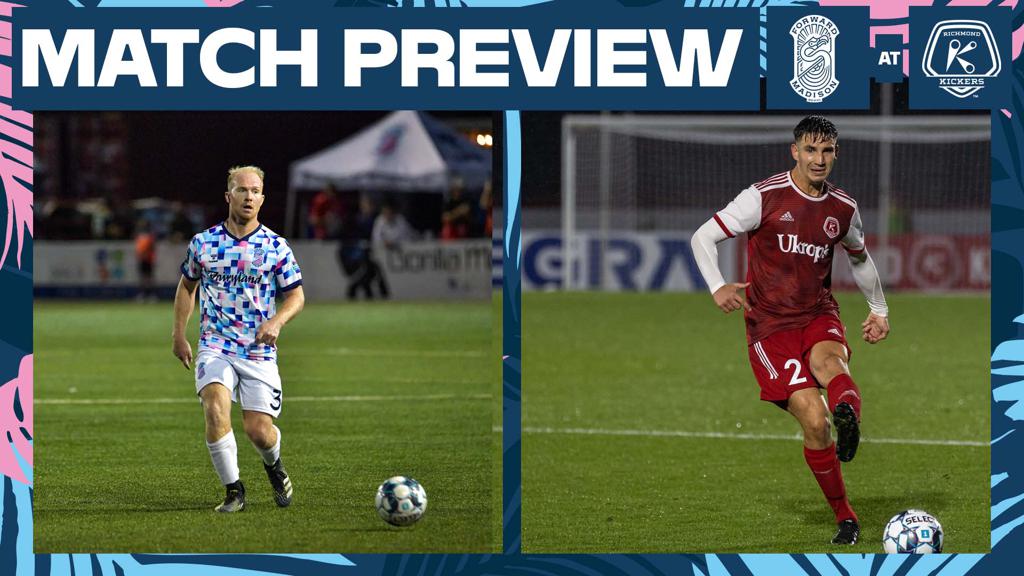 Forward Madison will continue their long October road trip with a date against Richmond Kickers on Wednesday, October 6th at City Stadium. Kick-off is set for 5:30 p.m. CT. Forward Madison most recently played last Friday at Gillette Stadium, falling to New England Revolution II by a score of 1-0.

Following Friday’s match, Forward’s midfielder Aaron Molloy was awarded a spot in the USL League One Team of the Week. Aaron’s midfield prowess was recognized once again following his August Player of the Month honors.

Forward Madison FC currently sits with a record of 6-5-11, placing them in 10th in the league table. FMFC has the most games left to play with 6 to go and will be looking to use that to their advantage as they fight for a spot in the playoffs. The Flamingos are currently 2 points out of a playoff place and with a win on Wednesday, can vault themselves into playoff positioning.

The Richmond Kickers, who currently sit in seventh place, offer a unique challenge for FMFC. With a record of 8-8-7, the Kickers have had an up and down season, but have been dominant at home. Winning their last two matches, Richmond boasts a high-powered offense, ranking third in the league with 22 goals on the season. FMFC will have their hands full stopping Emiliano Terzaghi, who has 14 goals on the season. The last time the two sides met, Forward Madison got the better of the Kickers, gaining three points in a 1-0 win in Madison.

Following Wednesday’s match in Richmond, Forward Madison FC will travel back to Foxborough for another match against New England Revolution II on Tuesday, October 12 at 4pm CT.