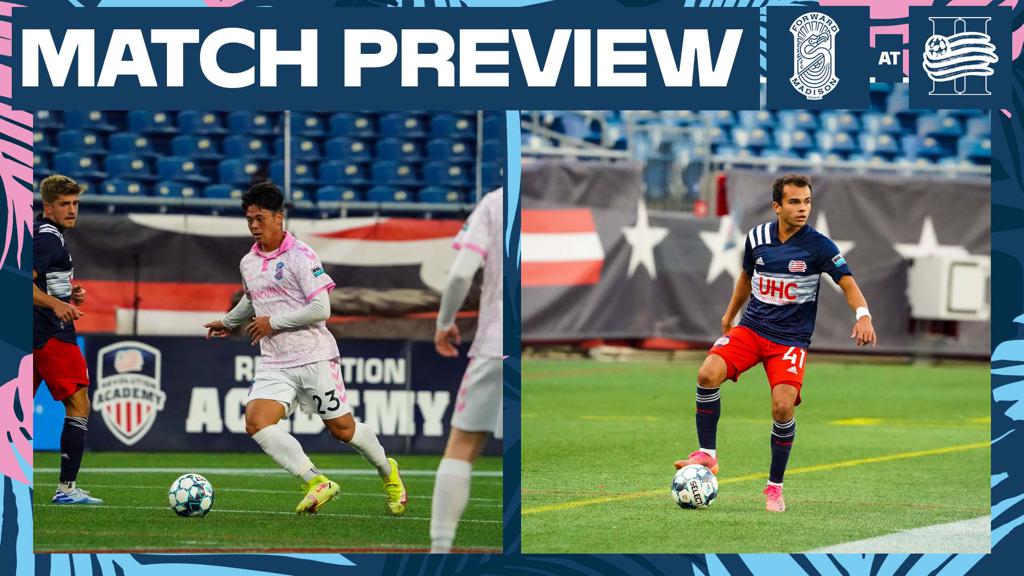 Forward Madison will head back to Foxborough to take on New England Revolution II this Tuesday, October 12th for an USL League One matchup. Kick-off is set for 4:00 p.m. CT at Gillette Stadium in Massachusetts. Forward Madison most recently played an away game against Richmond Kickers, where they came away with zero points after a 0-1 loss.

Aaron Molloy is the top in the league with his passes in midfield, holding Forward Madison’s passing percentage success rate at a steady 83%. Connor Tobin holds number one in top of the league for the most clearances, doing his part to protect the goal this season at 110 clearances.

Forward Madison FC currently sits with a record of 6-6-11, shifting them down to tenth place in the league standings. FMFC has the most games left to play with 5 to go and will be fighting for a couple of wins to push them into playoff position.

This week’s opponent is New England Revolution II, who currently sits in fourth place in USL League One standings with a record of 10-9-4. New England will be looking for another victory to add to their three win streak.