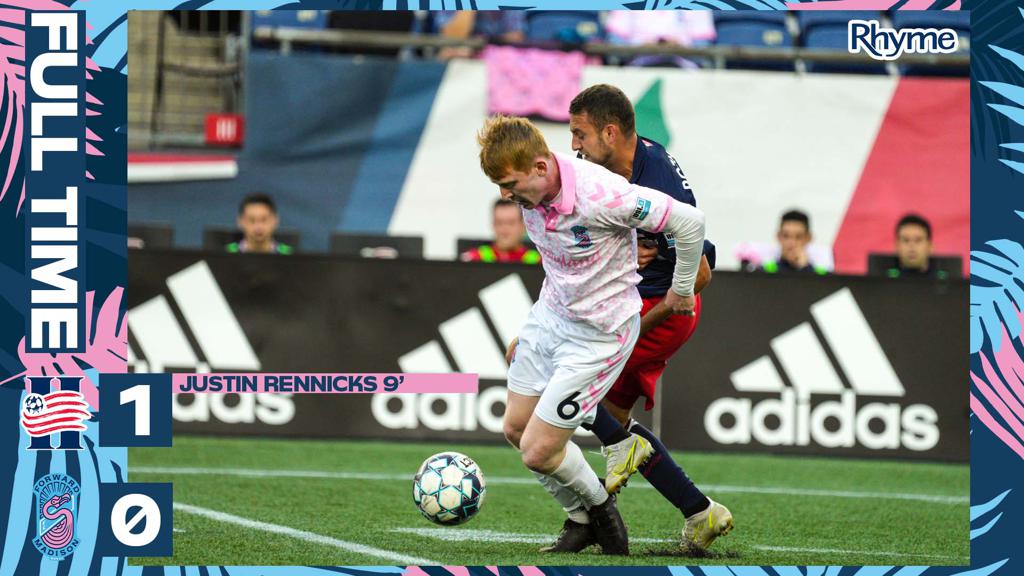 The Flamingos had many chances, but are unable to put the ball past Rice of New England Revolution II

Forward Madison ventured back to New England on Tuesday night for another mid-week matchup. The match played at Gillette Stadium started at 4:06 pm CT, the Flamingos entered the match in tenth with 29 points.

The Flamingos went down early in the 9th minute when the Revolution II midfielder Justin Rennicks opened the scoring. Forward controlled most of the possession in the first half, creating several chances but with no breakthrough. The best chance of the half came from a great build-up play that ended with a ball just out of the reach of the outstretched Sierakowski.

Moving into the second half the flamingos continued to hold the advantage in possession but lacked the chances created in the first half. A handful of subs came in off the bench for Madison, none of which were able to change the tides of the game.

Forward Madison FC continues their long stretch of road games when they travel for a rematch against Richmond Kickers at 5:30 PM Central. New England is currently sitting in 4th in the USL League One table with the 1-0 over FMFC this past week.