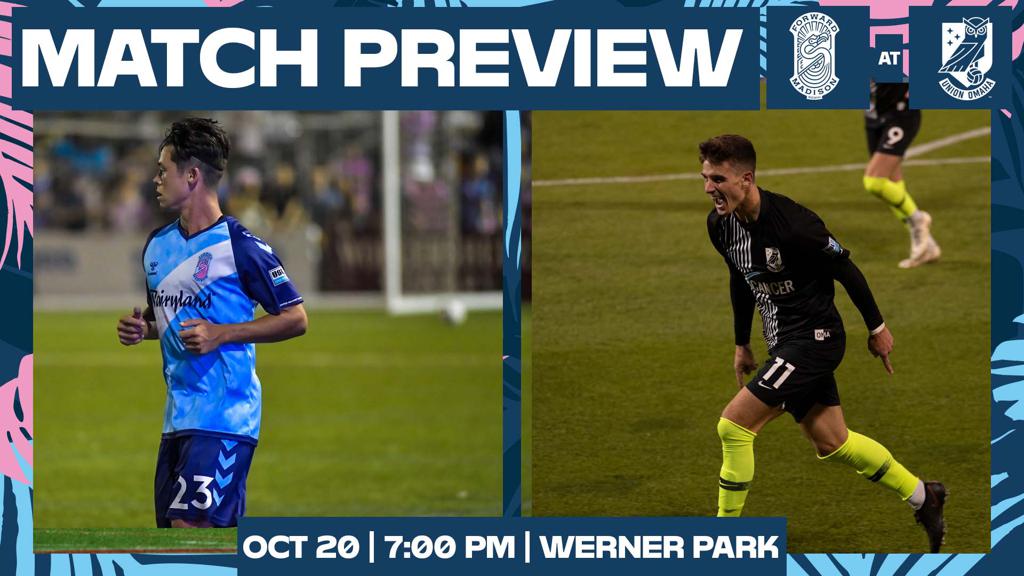 Forward Madison travels to Nebraska for the second time this season to face off against Union Omaha in the team’s final road match of the season. The match is on Wednesday, October 20 and kick-off is set for 7:00 p.m. CT at Warner Park. Forward Madison most recently played an away game against Richmond Kickers, where they came away with zero points after a 2-3 loss.

The Flamingos look to continue their offensive success in this one, having scored multiple games for the first time in a game since August in their previous match. Forward Madison will face a tough test however as they take on a Union Omaha team that currently finds itself at first place in the USL League 1 table with the best goal differential. FMFC is 1-1-1 against the Union Omaha this year, with their last match taking place in Omaha in July, where the teams drew 1-1.

Forward Madison FC currently sits with a record of 6-8-11, positioning them in tenth place in the league standings. FMFC has 3 games left in the season, making these last few matches incredibly important for a team still looking to clinch a playoff spot. The ‘Mingos currently are 5 points out of a playoff position.

Following Wednesday’s match in Nebraska, Forward Madison FC will come back home for a match against FC Tucson.The match is scheduled to kick off at 7:00 p.m. CT at Breese Stevens Field in Madison, WI.