Forward Madison With a Statement Win in Omaha 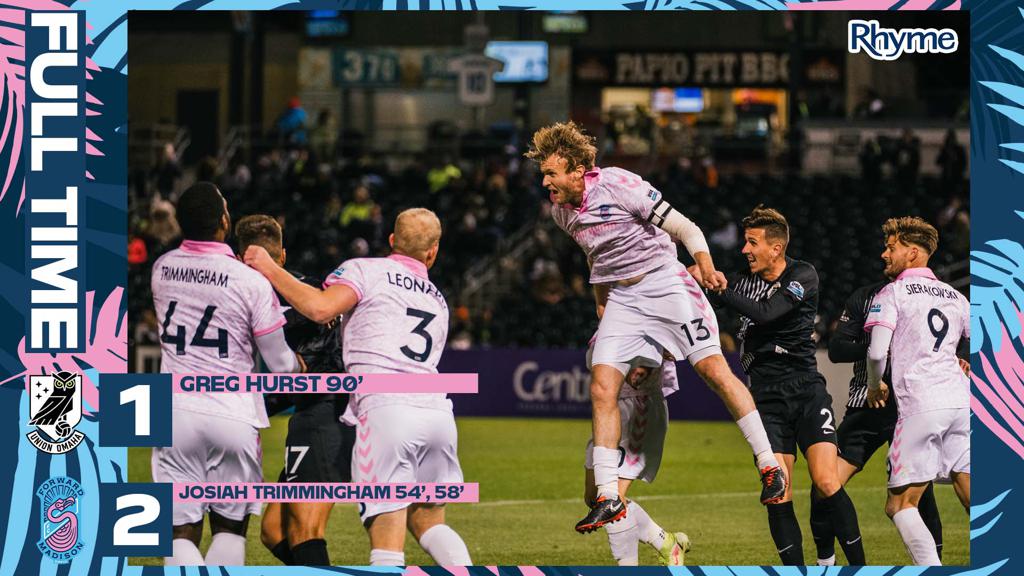 Forward Madison wrapped up their away tour with a match down in Omaha as they took on the league-leaders, Union Omaha. The match played at Werner Park started at 7:06 pm CT, the Flamingos entered the match in tenth with 29 points.

The Flamingos controlled the early portion of the game having 63% possession in the first quarter of an hour. Within that time, Forward registered five shots with only one being on target. During the latter part of the half, the game began to get more chippy with a few yellow cards given to the Flamingos.

As the game progressed, The Flamingos began to look more dangerous, and then a pair of goals came from Trimmingham in the 54th’ and 58th’ that gave the Flamingos a lead to defend for the rest of the game. The Flamingos continued to hold the advantage in the possession. Union Omaha began to push forward in the 75th’ as they were trailing by two goals, but the Flamingos defense stood strong. On the backs of great performances from Connor Tobin, Eric Leonard, and the recently returned Jiro Toyama. The Flamingos held the late push from the league leaders off and were able to come out of Omaha with a 2-1 win.

Forward Madison FC returns home from a long stretch of road games when FC Tucson comes to town. The game will be played at Breese Stevens Field at 7:00 PM Central. FC Tuscan will come in the match in 6th place with 36 points.