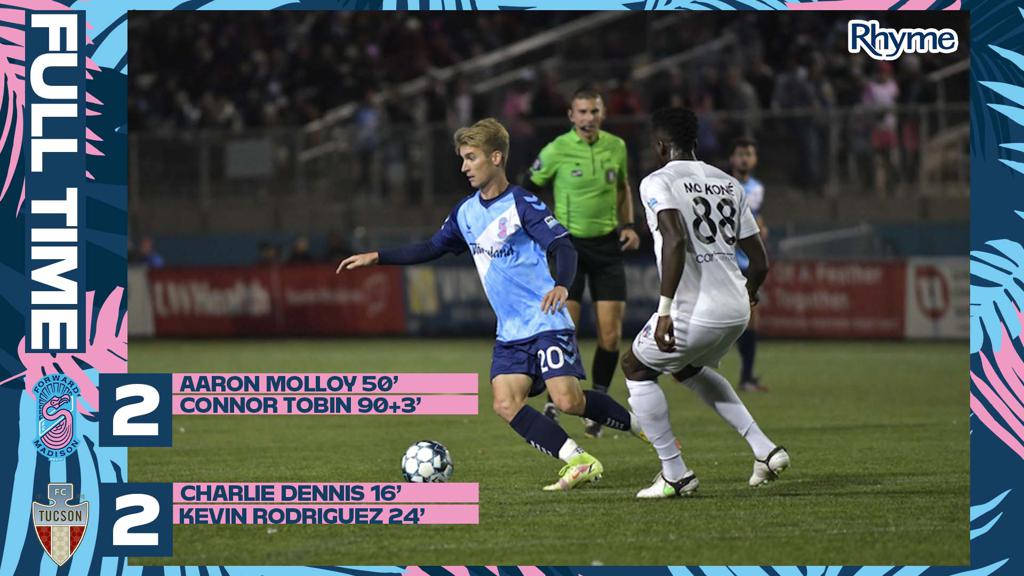 After a positive start in possession and chances for Forward Madison, disaster struck in the 16th minute when FC Tucson converted a penalty given for an unnecessary trip in the box. Not long after, one became two after their second breakaway of the match ended in a through ball for Rodriguez to finish one on one with Breno in the 24th minute.

Madison rallied late and finished the half with a flurry of chances but couldn’t break through.

Early in the second half however Aaron Molloy literally ripped the net with a shot from outside the box in the 50th minute to halve the deficit. Madison had their chances to score and finally equalized in the 93rd minute but it was too late to grab the win necessary to make the playoffs.

Up next at Breese Stevens, Forward Madison welcome current 2nd placed team Chattanooga Red Wolves SC this Saturday, October the 30th, in their final game of the season.