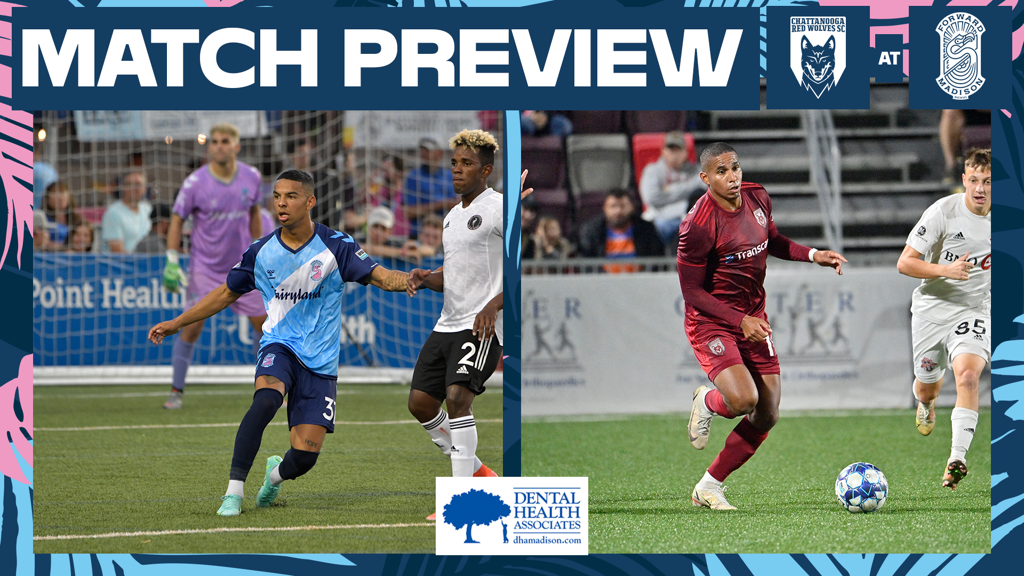 Forward Madison FC will play its final game of the season on Saturday, October 30th as they host Chattanooga Red Wolves SC. This game will kick off at 7:00 p.m. CT at Breese Stevens Field. Forward, who is coming off a recent second-half comeback to draw with FC Tucson, will look to end its season on a high note.

A few Flamingos jumped back into the score sheet over the weekend, Ryan Sierakowski and Aaron Molloy. Sierakowski has now joined Jake Keegan for a share of the lead as this season’s top goal scorer. Molloy jumps to fourth on the season with 4 goals tied with Trimmingham. Forward Madison FC currently sits with a record of 7-8-12, lending them to sit in ninth place in the league standings with no chance at playoffs. With that being said, Forward has a chance to jump into eighth place with a Toronto II loss and a Forward win.

Forward have three players in the USL Team Of The Week. Josiah Trimmingham, Aaron Molloy, and Connor Tobin have all received honors for their stellar play this week. Trimmingham had two goals in five minutes versus Omaha, Aaron Molloy scored a goal in Saturday night’s game against Tucson. and Connor Tobin put in two great defensive performances against both teams and an assist against FC Tucson.

This week’s opponent is Chattanooga Red Wolves SC who currently sit in second place in USL League One standings with a record of 11-5-11. The Red Wolves have already clinched a spot in the playoffs but will be fighting to keep its position as one of two teams to have home-field advantage. The Red Wolves’ top goalscorer Juan Galindrez, who currently has ten goals, is the player Chattanooga will look towards for chances in the game against the Flamingos.