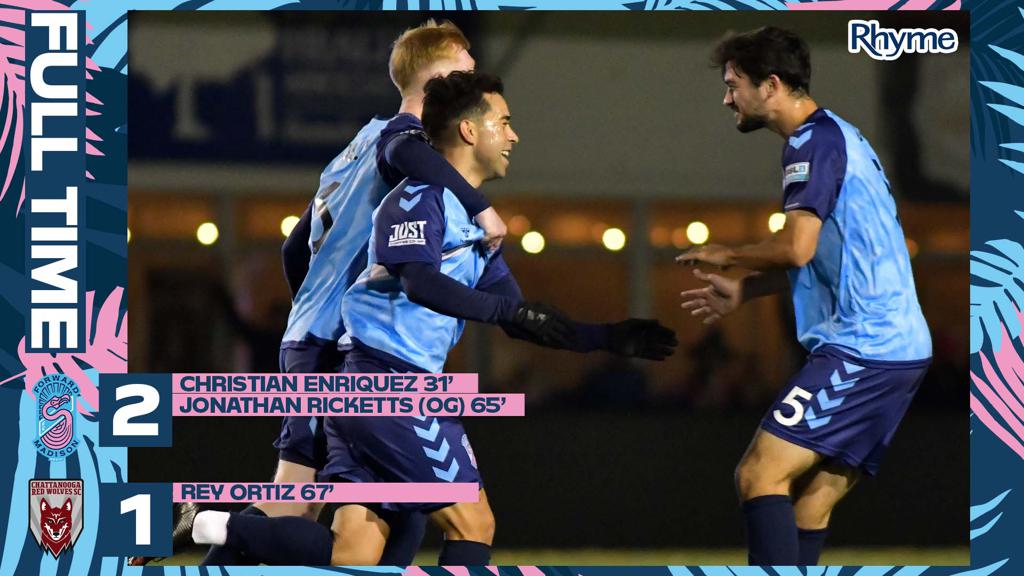 Madison had pride to play for while Chattanooga had the chance to finish second and it was pride that won on the night as the Flamingos held on to their narrow lead to close out the season with 3 home points.

Christian Enriquez opened the scoring for Forward in style, scoring directly from a free-kick at the top of the ‘D’ in the 31’ minute, curling the ball over the wall and clearing out the cobwebs in the corner of the net. Not long after, Madison had the ball in the net again through Sierakowski but he was judged offside.

In the second half Madison had their second after Jonathan Ricketts of Chattanooga scored an own goal in the 65th after the keeper denied Trimmingham. Chattanooga were right back in it with a rocket from Ortiz in the 67th but Madison held strong with Breno saving the day spectacularly in the 95th minute.

This was the final match of the season for the Flamingos. FMFC will return to action in spring of 2022 for the USL League One 2022 season.