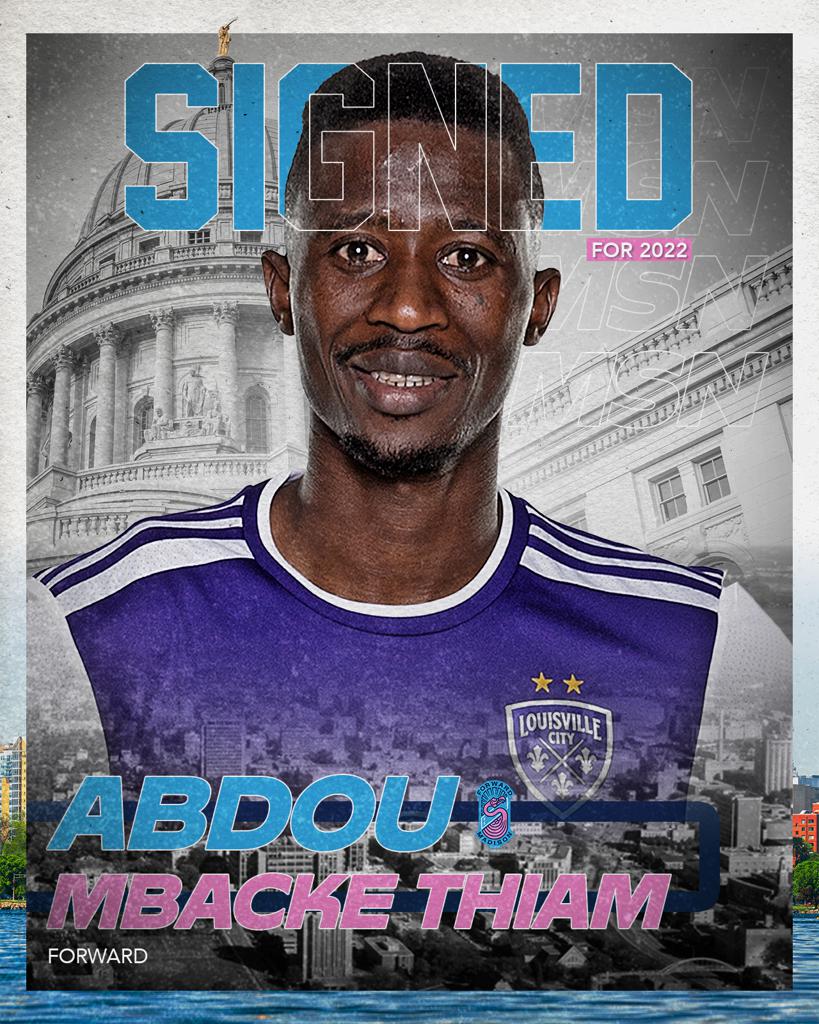 Scorer of 46 goals at UConn, the prestigious striker looks to bolster the FMFC attack

Mbacke Thiam has his eyes set on making an immediate, sizable impact for the Flamingos. “I want to have my name written in the history of the club by winning collective and individual titles. I want to bring a championship trophy to Madison!”

Mbacke Thiam joins Madison from Louisville City FC where he made 33 appearances over three years for the USL Championship squad.

His professional career began in 2015 when he played collegiately for the Connecticut Huskies. During his four seasons at UConn, he topped the stats leaderboard with 18 assists, 77 appearances, and 46 goals, making him one of the leaders with double-digits goals each season. Also during his time at Uconn, Mbacke Thiam was given the title of United Soccer All-East Region First Team, as well as the AAC All-First Team.

Mbacke Thiam is eager to meet and interact with the Forward Faithful. “I want the Madison fans to know that I am a proud Senegalese who loves to score goals. If you see me around, please always feel free to say hi! I can’t wait to get to know this incredible fan base.”