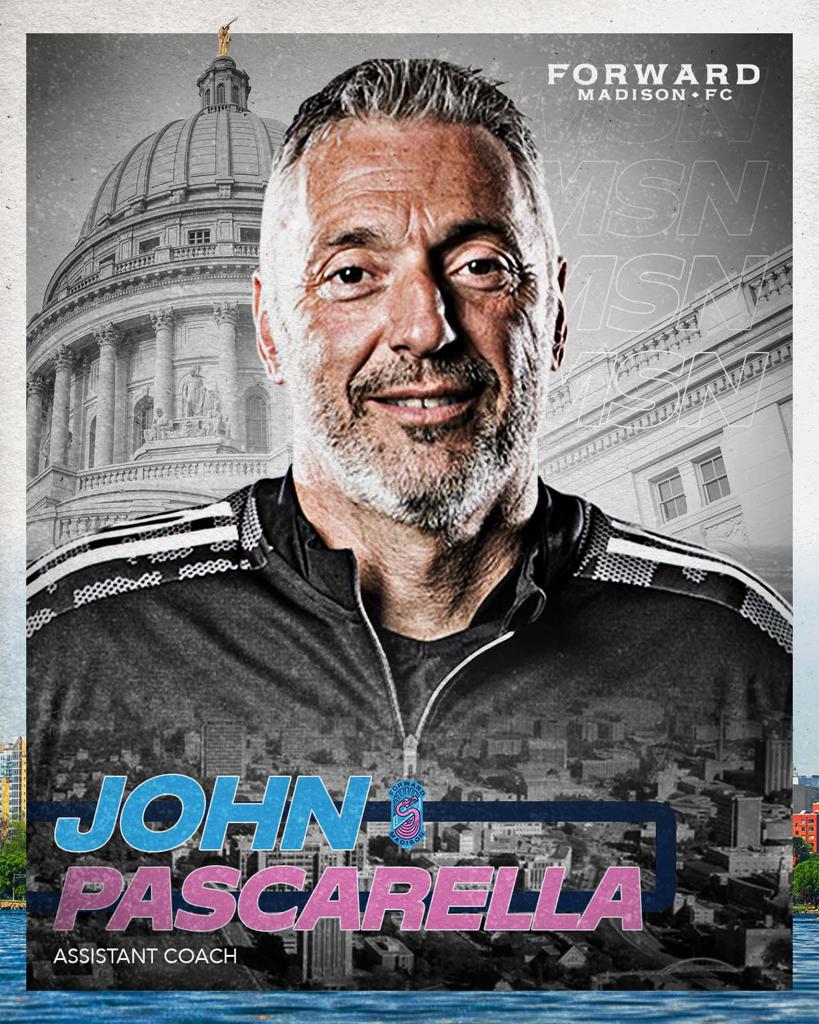 Forward Madison FC is pleased to announce John Pascarella as one of the club’s assistant coaches for the 2022 campaign.

“I’m ecstatic to join the staff at Forward Madison,” Pascarella said. “I’ve known Head Coach Matt Glaeser for a while within the game, I know Madison well from my time with Minnesota United, and I know the club is set up for success. There’s a lot of comfort here for me knowing that the fan base is embraced by the city and has a deep passion for the game.”

Pascarella is a bit of a jack of all trades when it comes to coaching abilities. He spent the past two seasons as the head coach for USL Championship team, OKC Energy, after being appointed head coach in November of 2019. Prior to Oklahoma City, Pascarella was the goalkeeping coach with MLS side Minnesota United during their 2018 season, and was the head coach of Des Moines Menace in 2017 where he took the team to the Conference Finals.

Pascarella’s coaching career began in 1998 at the University of Maryland. He next became head coach at Herndon High School, where he participated in the U.S. Olympic Development Program with USL side Northern Virginia Royals. After coaching in Virginia, Pascarella became the goalkeeping coach for Kansas City Wizards (now Sporting KC) in the MLS, before being appointed assistant coach for seven more years and leading the team to a 2013 MLS Cup Championship.

Prior to coaching, the New Jersey native played soccer in high school, followed by four years of college at Pennsylvania State University. After graduating, he played abroad in Peru before returning to the States. Upon returning to the US, Pascarella played for Richmond Kickers and Standard Falcons before joining Los Angeles Galaxy in 1996.

“The fans and the city deserve a playoff-caliber team, one that wins consistently and plays a style of football that is exciting to watch,” Pascarella said. “We want to reward all of the fans who invest so much passion and time into this club by producing a team that not only makes the playoffs, but makes a deep run in them.”