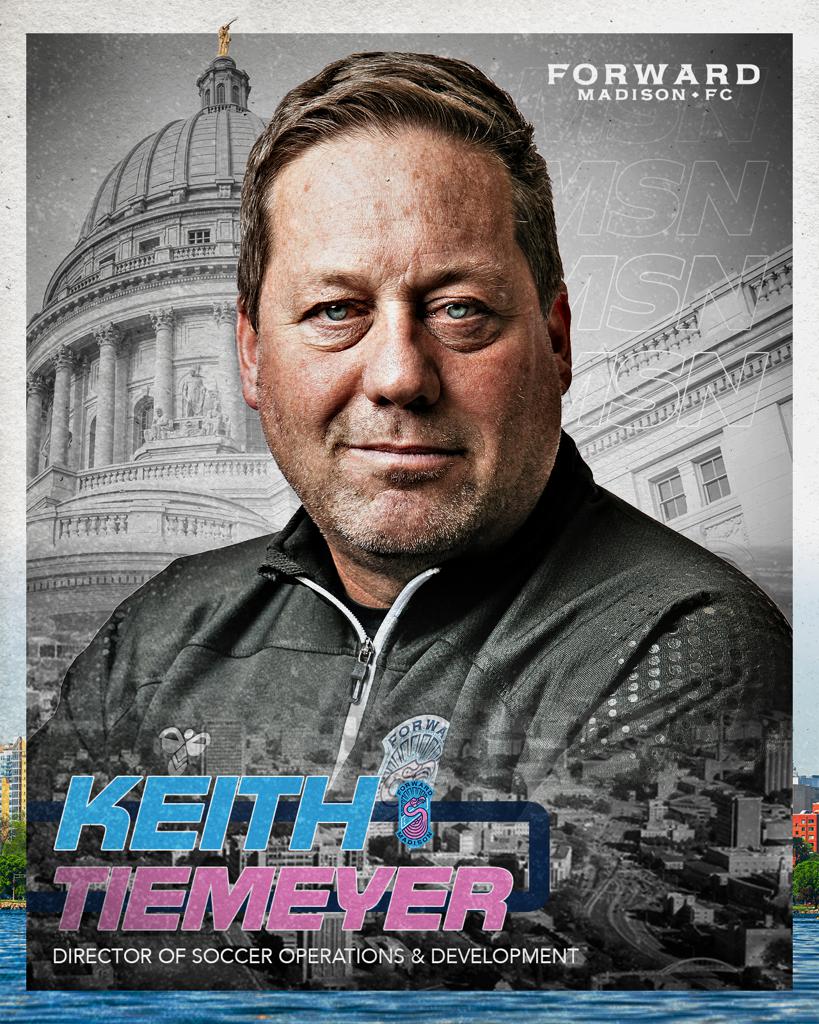 “The Madison area has been my family's home for 13 years and, outside of family, soccer remains my passion,” Tiemeyer said. “My family and I are thrilled that we are able to continue combining both. I very much look forward to assisting COO Conor Caloia in executing his vision for the Club and I also look forward to supporting Coach Matt Glaeser's technical success goals for Forward Madison.”

Tiemeyer joins Forward Madison after playing an instrumental role as Assistant Coach with the University of Wisconsin-Madison men’s soccer team since 2009. During his time at UW-Madison, Tiemeyer took the team to two NCAA tournaments and a Sweet 16 appearance in 2017. He was honored as one of the top assistant coaches in the nation in 2013 and again in 2018. In 2017, Tiemeyer helped lead the Badgers to a Big Ten Tournament Championship. In 2018, two of the players that Tiemeyer helped develop went on to be drafted in the top 10 of the 2018 MLS SuperDraft. Overall, he saw 12 Badger players continue on playing professionally during his time at the university.

Tiemeyer is originally from Missouri but has been involved in the Madison area community for many years. He has worked with the Madison 56ers, FC Wisconsin, Waunakee Soccer Club, and the Wisconsin ODP teams.

“Big Top Sports and Entertainment is truly a quality of life organization for our community,” Tiemeyer said. “Forward Madison soccer matches, Mallards baseball games, and the other events hosted at Breese Stevens Field provide Madison area residents and visitors with wonderful opportunities to get out and stay engaged. I very much look forward to joining this exciting organization!”