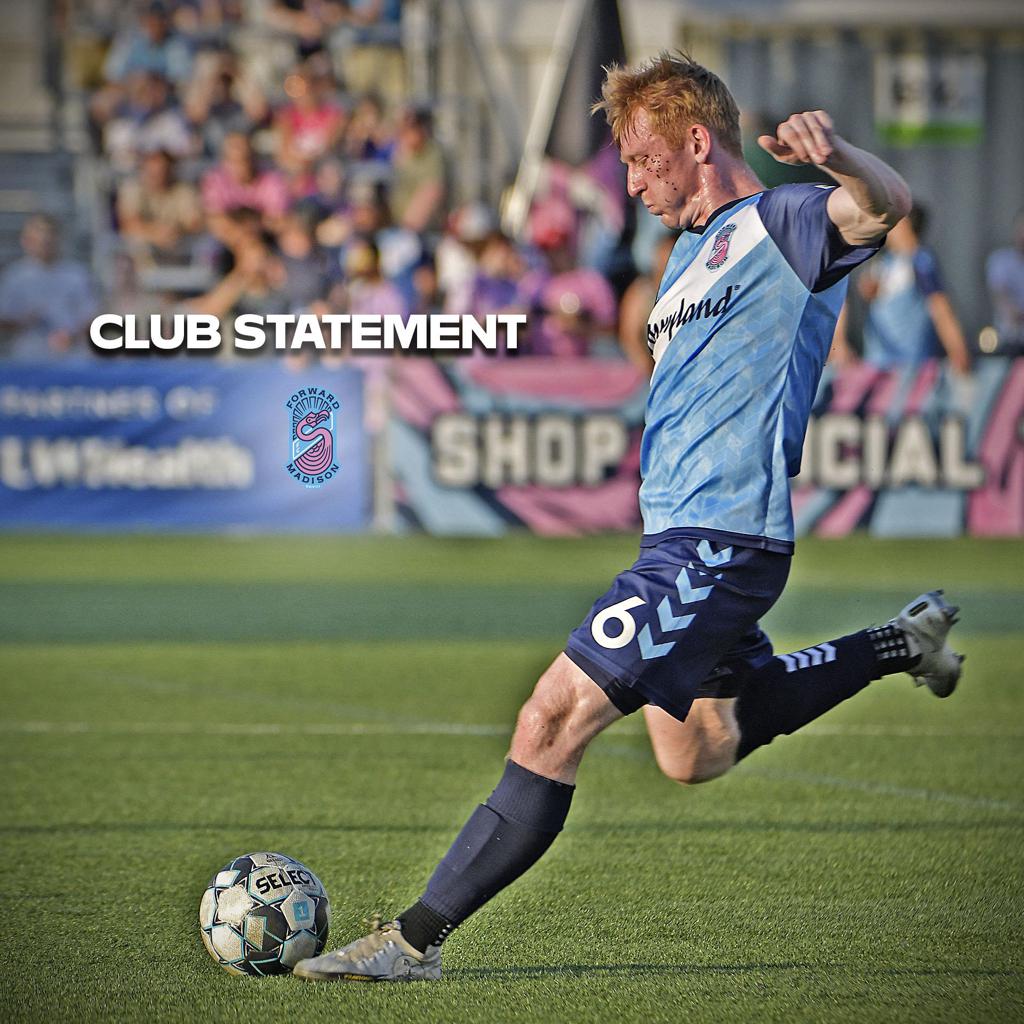 The standout midfielder exercises his option to transfer to USL Championship

“I just want to thank the club for giving me the opportunity to grow both as a person and as a professional,” Molloy said. “The platform Madison provides players is second to none. This past season made me fall back in love with football. I also want to thank all the staff, players, and everyone behind the scenes. I made a special connection with the fans that I’ll treasure forever shoutout to The Flock! I’m excited to watch the club grow and succeed this upcoming season. Thank you again,  Madison.”

FMFC is proud to have been able to provide a platform for Molloy to excel and prove his talents in order to accomplish his goals as a player, both on and off the pitch. During his time with the Flamingos during the 2021 season, Molloy recorded the most passes in USL League One, was awarded Team of the Week on two occasions, and was titled Player of the Month in August. Following an impressive 2021 campaign, Molloy was chosen as a finalist for the title of USL League One MVP.

“Aaron Molloy made a significant impact on Forward Madison this past season and we wish him nothing but the best as he continues his playing career,” Forward Madison Chief Operating Officer and Owner Conor Caloia said.