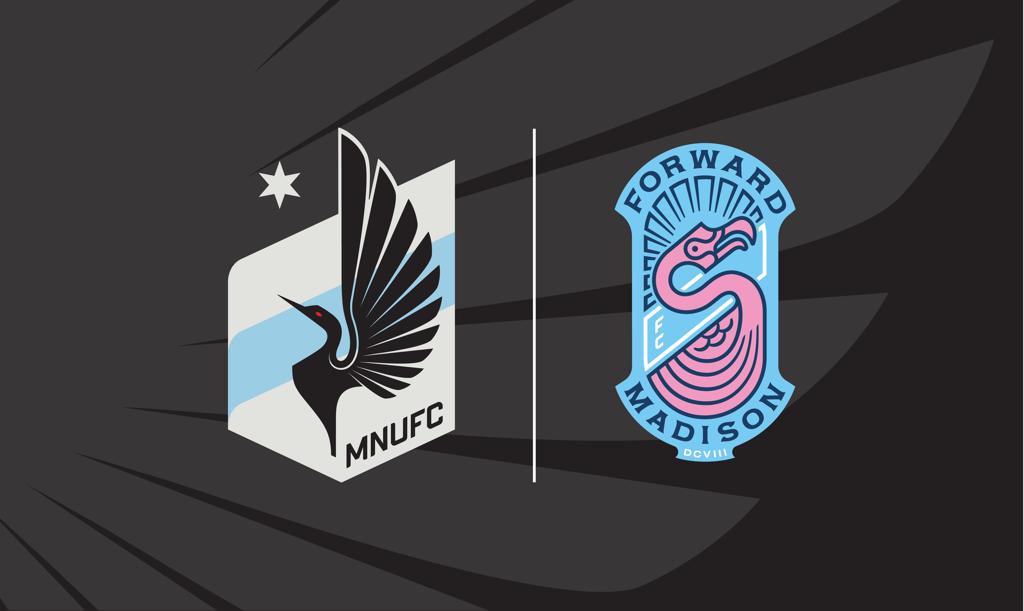 MADISON, WI, December 7, 2018 — Forward Madison FC announced an affiliation agreement Friday with Major League Soccer (MLS) club Minnesota United FC that will allow for Minnesota to loan players to Madison and set up the potential for an exhibition game between the teams.

Per the one-year partnership, Madison will have the ability to receive several players on loan from Minnesota United. The agreement also allows for shared scouting networks and technical resources between the two clubs, opportunities for closed-door scrimmages, and a possible exhibition match pending the release of the 2019 MLS schedule.

"Having this opportunity to work with Minnesota both on and off of the field is a huge benefit for our organization,” said Forward Madison Head Coach Daryl Shore. “I’m really looking forward to working with [Minnesota United Head Coach] Adrian Heath and his technical staff as we look to develop players as well as be in the hunt to win trophies.”

Minnesota United, formed in 2010 as NSC Minnesota Stars, played in the second division of American soccer before joining Major League Soccer in 2016. The club will open its new home stadium, Allianz Field, in St. Paul, Minn. this year.

"This will be a mutually beneficial partnership that will help Forward Madison's launch phase tremendously on and off the field,” said Peter Wilt, Managing Director of Forward Madison. “I'm excited to work again with [Minnesota United Sporting Director] Manny Lagos and [Minnesota United Director of Player Personnel] Amos Magee. They are sharp soccer executives and have already assisted us greatly."

According to Lagos, Minnesota will likely use the agreement to loan talented prospects and starters coming back from injury to Forward Madison.

“We are excited to partner with a club like Madison, a club that has great ambition to build the sport of soccer,” Lagos said. “The proximity of our clubs allows us to share scouting and sporting resources, we can get our younger players meaningful minutes to develop and help players returning from injury. Madison has a staff that we know well and who supports our goals of growing soccer throughout our entire region.”

Forward Madison FC was launched as Madison’s first-ever professional soccer on May 17, 2018. The club will play at historic Breese Stevens Field in USL League One beginning with the 2019 season. ​​​​​​Buy tickets for Forward Madison's inaugural season at forwardmadisonfc.com/tickets.