FMFC's new forward has done it the hard way 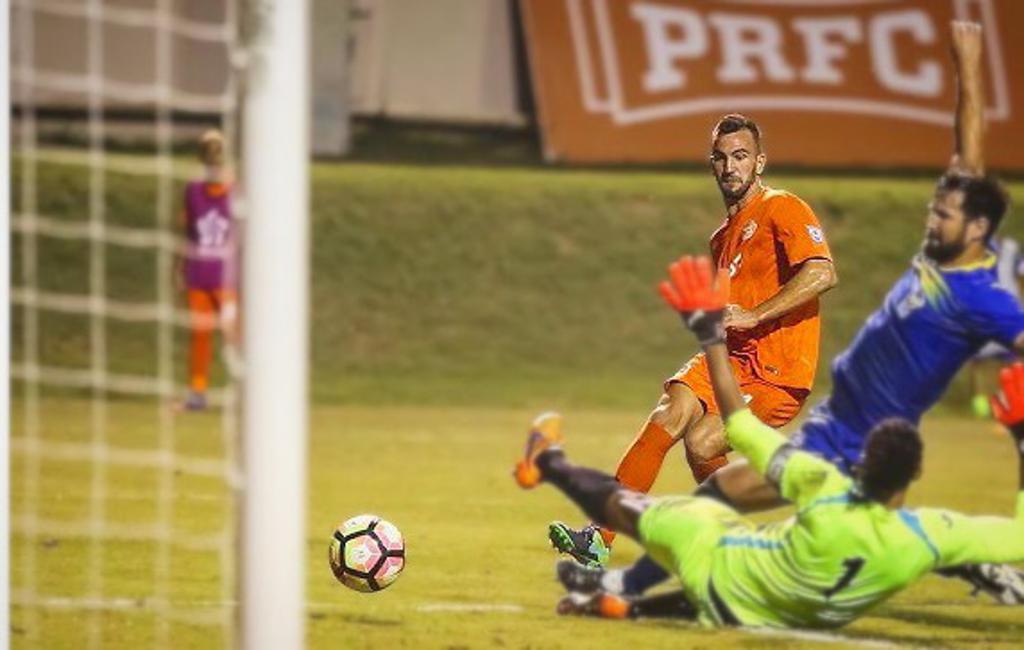 More than anything else, Forward Madison’s new forward Brian Bement describes himself as a hard worker. A grinder, if you will.

“I try to approach just about any time I go into a game, training, workout, whatever, I just try to go as hard as I possibly can,” Bement said. “I like to think of myself as an extremely hard-working player who’s always willing to adapt and to learn.”

Bement, who has played professionally for Puerto Rico FC and Jacksonville Armada, has gotten used to giving everything to overcome the odds. It’s what he had to do just to begin his soccer career.

“The first two teams I made, I made through open tryouts,” he said. “I’ve just been kind of the guy who grinds through it until I can earn my way to a roster spot.”

At the beginning, earning that roster spot meant leaving the familiarity of home. Bement was born in Waterloo, Ill. and had spent his whole youth and college career in the Midwest before signing on with Puerto Rico FC.

“There was a bit of an adjustment,” he said. “I remember when I left I was in Chicago, training, so I flew from Chicago to Puerto Rico. It was 20 degrees when I got on the plane and I was in full sweats, and I got off the plane and it was 84 and I was taking things off as quickly as I could.”

Playing in a new environment, Bement said he was able to add to his game.

“I thought it was really cool and special to be a part of,” he said. “I [was] able to play against different players and different styles and just learn a lot because I played under different systems as well.”

In November, Bement got a chance to return to the Midwest. Playing in Forward Madison’s invitation tryouts, it was once again time for him to grind. With 38 players competing for just a handful of potential roster spots, making the team was never going to be easy.

“It was competitive,” Bement said. “There were some good players out there. Everyone, you could tell, was fighting for that spot.”

How did he succeed in the end? Bement’s answer doesn’t come as a surprise.

“Hard work was the biggest thing,” he said. “Fortunately I was able to score a couple of goals and help the guys around me perform as well.”

Now, as a member of FMFC’s inaugural roster, Bement is ready to bring his never-stop attitude to Madison.

“I’d just like to take that mentality and hopefully spread it through the whole team,” he said. “Hopefully my hard work will end up leading to results.”

Brian's signing will be confirmed pending league and federation approval. Get tickets to see Brian in Forward Madison FC's inaugural season at https://www.forwardmadisonfc.com/tickets.