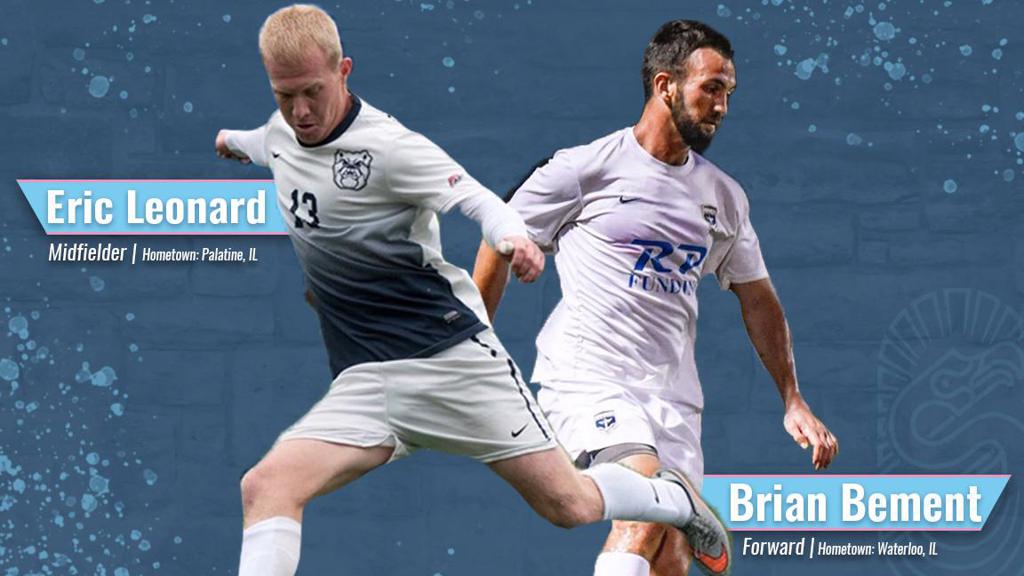 Forward Madison FC has picked up its first two players from the Midwest, signing Illinois natives Brian Bement and Eric Leonard. Bement, a forward from Waterloo, Ill. played college soccer at Loyola-Chicago, but most recently represented the Jacksonville Armada in the National Premier Soccer League (NPSL). Leonard, a midfielder from Palatine, Ill., played at Butler University before joining Nerang Soccer Club in Australia.

According to Bement, who began his professional career in Puerto Rico and Florida, there’s something unique about playing in Wisconsin.

“Soccer in the Midwest is special. There’s a lot of passion behind it all through the Midwest,” Bement said. “You see a lot of hard-working players who are willing to do whatever it takes to win games.”

According to Leonard, signing for Forward Madison represents a homecoming after spending last season in Australia, where he won the Gold Coast Premier League Players’ Player of the Year award.

“I’ve played here since I was 12 years old with my academy team, traveling to Madison at least once a month,” Leonard said. “That I’m able to come back to the Midwest and play in one of the towns that I spent most of my soccer career in is very exciting for me.”

FMFC Head Coach Daryl Shore has already had a good look at his new signings, both of whom took part in the club’s invitation tryouts in November.

“Eric and Brian both have tremendous engines - their work rate and communication throughout the tryouts were parts that I felt are great fits for our team,” Shore said. “Eric is a defensive-minded player who can play as a defensive midfielder or a defender. Brian has an impressive work rate and great nose for the goal, key attributes which we are looking for from our forwards.”

Eric and Brian's signing will be confirmed pending league and federation approval. Get tickets to see Eric and Brian in Forward Madison FC's inaugural season at https://www.forwardmadisonfc.com/tickets.