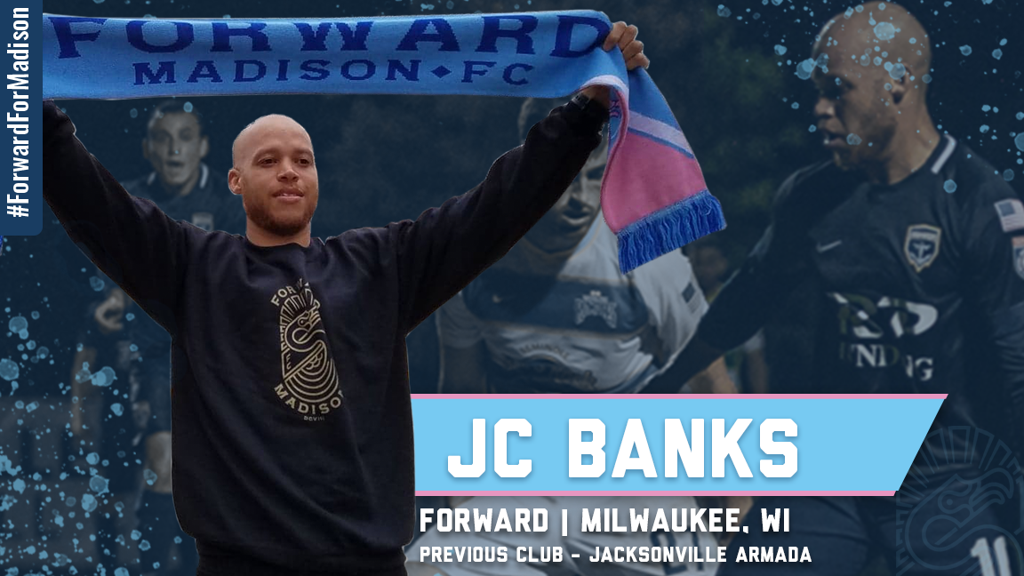 According to Banks, it’s a dream come true to be playing professionally in his home state.

“When I heard that there was going to be a team, I wanted to be a part of it and come back to Wisconsin,” Banks said. “It feels really good to be here. It feels like home to me.”

Banks comes from a family rooted in Wisconsin soccer history. His father, Milwaukee native Jimmy, featured in the 1990 World Cup for the United States and played for the indoor Milwaukee Wave under current Forward Madison Managing Director Peter Wilt.

“I remember when J.C. was born - I was working with the Milwaukee Wave and Jimmy was in his second year with us,” Wilt said. “One of my fondest Milwaukee Wave memories was working with J.C.’s dad to launch the Jimmy Banks Inner City Soccer League. Having his son return to Wisconsin to play professionally feels like the completion of a circle.”

“J.C. can play a few different attacking positions, which brings another dynamic player to our roster,” Shore said. “For us to get a player of J.C.'s capabilities, it's a huge plus for our club.”

Banks’ signing will be confirmed pending league and federation approval. Get tickets to see J.C. in Forward Madison FC's inaugural season at https://www.forwardmadisonfc.com/tickets.