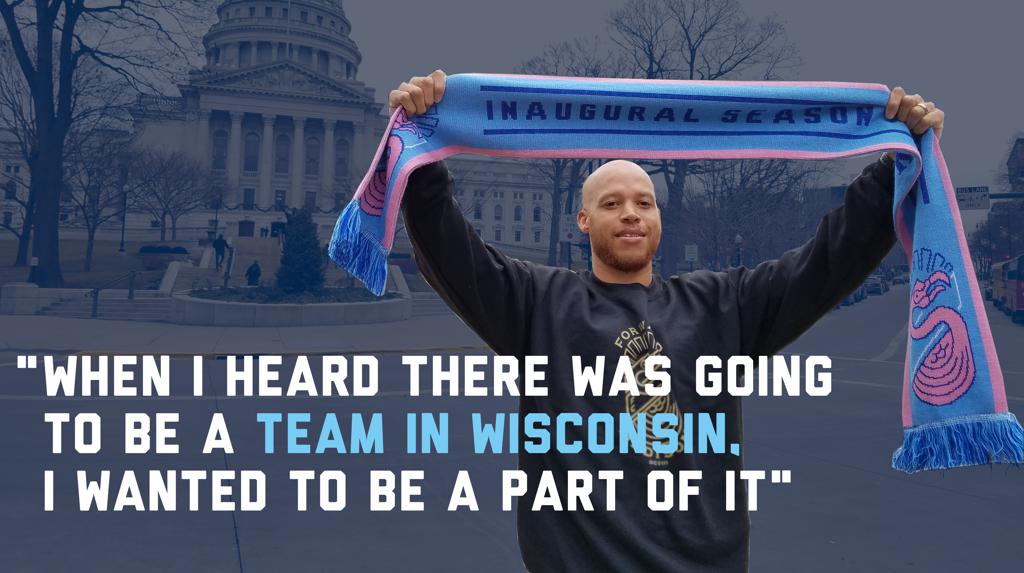 J.C. Banks’ history with Wisconsin soccer goes back a long way. In fact, he’s been connected to the state his whole life. Forward Madison Managing Director Peter Wilt would know; he was there to see Banks’ story firsthand.

“I remember when J.C. was born,” Wilt said. I was working with the Milwaukee Wave and his dad was in his second year with us. Having his son return to Wisconsin to play professionally feels like the completion of a circle.”

Banks, the son of former U.S. national team player Jimmy, was raised with a soccer ball. His dad featured in the 1990 World Cup, and as a kid in Milwaukee, J.C. always knew the sport was for him.

“I was always around the game,” Banks said. “Milwaukee in general is an underrated soccer city. There’s a lot of good players that come out of it.”

After starring at Riverside High School, Banks completed a tour of the state. He played from 2007-10 at UW-Green Bay and spent the summer of 2009 at Breese Stevens Field with the Madison 56ers. If there’s anyone who understands Wisconsin soccer, it’s J.C. Banks.

As a professional, though, Banks had to move away from home. He played first in Rochester, where he won the Rhinos’ team MVP award twice. He then moved to current Forward Madison partner club Minnesota United, pairing up with current U.S. national team striker Christian Ramirez. Finally, he spent the past two years with the Jacksonville Armada. Despite an offseason stint with the Wave, Banks has never had a chance to play for an outdoor pro team in Wisconsin; there’s never even been one during his career.

That’s changed, though. When Forward Madison formed, Banks knew it was an opportunity he couldn’t pass up.

“When I heard that there was going to be a team, I wanted to be a part of it and come back to Wisconsin,” he said. “It feels really good to be here. It feels like home to me. I’ve been gone for a while, so it’s nice to get back.”

Banks is familiar with Madison already. Aside from his time with the 56ers, he also played in the city while growing up and used to visit his friends in the capital city during college.

Having left Wisconsin after graduation, Banks returns more experienced, having picked up plenty of lessons from an eight-year professional career. As one of the veteran players on Forward Madison, he said he’s looking forward to mentoring younger players.

“Being a veteran is about just being a little bit more vocal,” Banks said. “It’s helping out the younger guys, trying to get the team on the same page. I think when I was younger, I would just come in, do my job, leave and be done with it, but through the years you see the things that have gone well and bad with a team, and when you see it happening you can change it.

“It’s good to have those conversations with the younger guys that maybe haven’t been through it before.”

More than anything, though, Banks sees his return to Wisconsin as a chance to mark a new chapter in his career. Despite having led a lengthy soccer life, he’s never won a piece of silverware. Back home with Forward Madison, perhaps, could be the time to change that.

“I want to win something before I’m done playing and I think we have a good opportunity here,” Banks said. “The roster’s shaping up pretty well so far and I’m excited to get going.”

J.C.’ signing will be confirmed pending league and federation approval. Get tickets to see J.C. in Forward Madison FC's inaugural season at https://www.forwardmadisonfc.com/tickets.