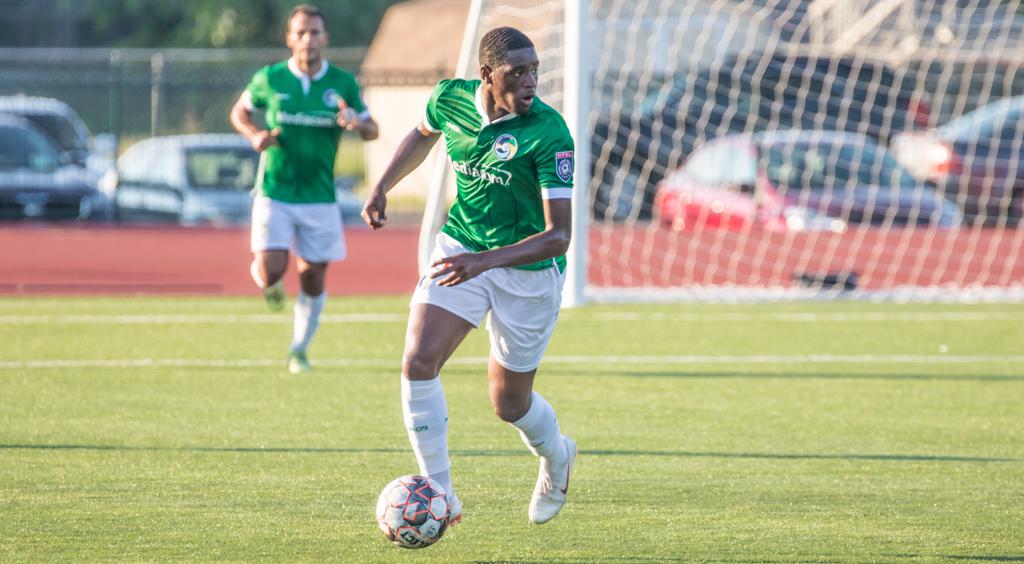 Don Smart, Forward Madison FC’s first-ever player, has played soccer with Zaire Bartley for a long time. In 2019, they’ll play together once again. This time, though, there’s one big difference: instead of kicking the ball around just as friends, Smart and Bartley will be professional teammates at FMFC.

"We played on teams in The Bronx all the time, but never at a professional level,” Smart said. “It’s going to be fun [with Forward Madison].”

Bartley, who became FMFC’s ninth player signing Monday, shares a longstanding connection with Smart. Both of them share Jamaican roots: Bartley’s parents come from the island, and Smart was born on it. Both also grew up in The Bronx in New York City. And although Smart, 31, is much older than Bartley, 20, it’s allowed him to serve as a mentor as Bartley embarks on his professional career.

“I’ve watched him develop as a player,” Smart said. “Zaire is a really good kid, real easy going and a good person at heart.”

Bartley’s reunion with Smart has been a long time coming. While Smart was in the early stages of his career, Bartley was learning the game at the New York Red Bulls Academy. He spent several years there, impressing enough to earn a call-up to Jamaica’s U-17 national team.

“It was a great experience,” Bartley said. “It was a good team and I got to play for my parents’ country.”

Eventually, Bartley broke through into New York Red Bulls II in the USL Championship, where he played several games in 2017. He chose to forgo college soccer to focus on his career, moving to the New York Cosmos of the National Premier Soccer League (NPSL) early in 2018.

“I just felt like that was the right decision I made at that moment,” Bartley said. “I wasn’t nervous.”

While with the Cosmos, Bartley made a breakthrough. Left on the bench for the team’s first playoff game, he came on as a substitute to score in extra time. Then, on the bench again in the Cosmos’ second playoff matchup, he repeated the feat, scoring the game’s equalizer.

Finally, in the third game, he was given a starting spot. He scored twice.

“I was able to learn and grow with the team,” Bartley said. “When my time came to perform, I performed.”

The Cosmos playoff run ended during the next game, but the season wasn’t over for Bartley. He took up an offer overseas, spending the rest of 2018 at MFK Vyškov in the third tier of the Czech Republic.

While in Europe, Bartley worked on his game. He had to adjust to a new style of play, facing off against more technical players. According to Bartley, it helped his development.

In the meantime, his career path was changing, even if he just didn’t know it yet. In October, Forward Madison signed Bartley’s longtime friend, Don Smart, to be its first-ever player. Not long after, Bartley got a message from Smart.

“Don gave me a call and he convinced me to come to Madison. He thought it would be well for me,” Bartley said. “We’ve played around, we train a lot together.”

After starting his career on a winding path, Bartley will come to Madison not only with plenty experience, but also with someone who can guide him along the way.

“It’s great knowing that I have somebody there in my corner, and also that I feel like it can give me a lot more confidence coming into the team,” Bartley said. “I’m coming to show everybody what I’ve learned, how I play and who I am. I just want to show the fans what I can do.”

Zaire’s signing will be confirmed pending league and federation approval. Get tickets to see Zaire in Forward Madison FC's inaugural season at https://www.forwardmadisonfc.com/tickets.