Two shots. Two saves. And a little bit of luck.

This is how one moment changed Brian Sylvestre’s career 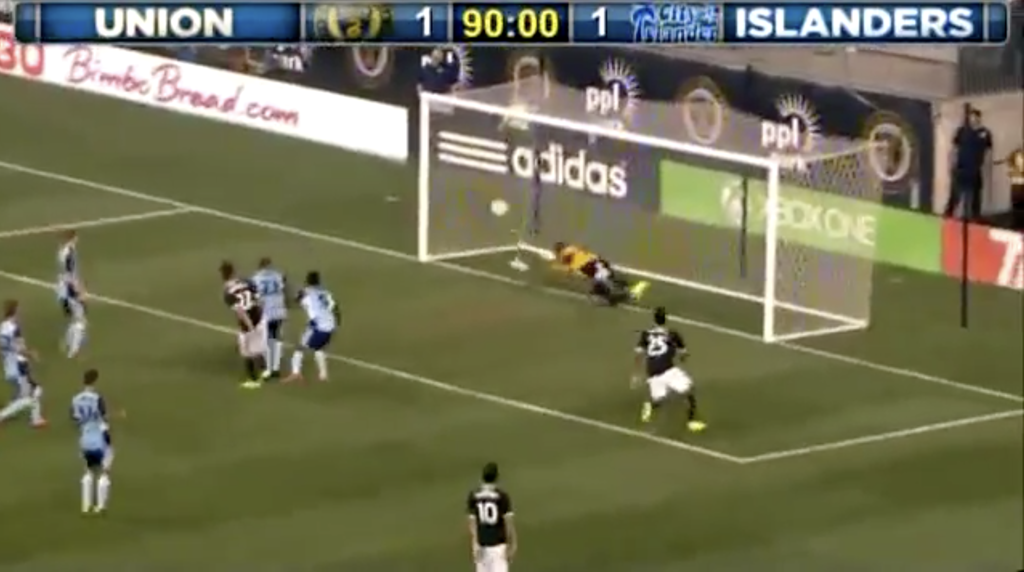 He’d taken a huge risk, but now Brian Sylvestre’s dream was on the verge of collapse. A young goalkeeper fresh out of high school, Sylvestre had passed up an offer to play in college and instead moved from Florida to Canada for his chance to make it as a professional. But one injury. That’s all it took to derail it.

Or, that’s all it could have taken.

Sylvestre tore his meniscus while in the Vancouver Whitecaps residency program, and although he’d been doing well (he’d been called up to the U.S. U-20 national team), the Major League Soccer club released him in 2012. Even now, reflecting on the experience is difficult.

“It was tough, I’m not going to say that I was a soldier and all this fake stuff people say,” Sylvestre said.” I was in Canada, I was by myself, my family was in Florida, so I decided just to tough it out a little bit.

With his options limited, Sylvestre dropped down a level to seek his chance. In 2013, he signed for the second division Harrisburg City Islanders. Even there, though, his opportunity wasn’t coming. Finally, on June 17, 2014, Sylvestre got a start. As it turned out, it was a start that would change everything for him.

Matched up against MLS team Philadelphia Union in the fourth round of he U.S. Open Cup, Harrisburg was a heavy underdog. Sylvestre, though, was used to having the odds stacked against him. In his second professional start, he managed to keep the City Islanders in the game. Save after save, the Union’s strikers failed to get past him.

And then it happened. Two shots. Two saves. And a little bit of luck. That’s all it took for Brian Sylvestre’s career to take off.

With the score knotted at 1-1 heading into stoppage time, Philadelphia found a golden opportunity to win it right at the end. Midfielder Leo Fernandes, just yards from goal, leapt for an incoming cross, his defender boxed out behind him. Fernandes aimed a header low and hard, nearly a certain goal - but Sylvestre dived and cleared it off the line with an outstretched hand.

But the ball didn’t go out of play. Instead, Philly striker Andrew Wenger came rushing in from the side to nod home the rebound, the goalmouth gaping. Sylvestre scrambled and pushed himself up, anything to get back on his feet in time. He dived again, just about staying in front of the goal line as he pushed the ball out to safety for a second time.

It was an incredible double-save, and it kept the game alive.

“If I had to describe that feeling, I would use profanity,” Sylvestre said. “It was a hype, exciting, unbelievable feeling. Like I said, if I had to describe how it really went down at that moment, it’s going to be a high-profanity type of energy, some crazy type of stuff.”

Philadelphia would go on to win the game in extra time, but the story wasn’t over for Sylvestre. After seeing his performance against them, the Union called Sylvestre into preseason camp. As chance would have it, several of the team’s goalkeepers picked up injuries early in the season, leaving a spot open. Although Sylvestre had just signed with the second-division Carolina RailHawks, he agreed to a one-game loan deal with Philadelphia.

In that one game, Sylvestre made seven saves against his old club, the Vancouver Whitecaps, so the Union decided to extend his loan. He ended up playing regularly in MLS, making 12 starts in 2015.

Was on hand to cover this Open Cup game and it was a phenomenal effort that @SylvestreBrian uncorked in that match for a Harrisburg side that dressed, if I recall, 14 players. Amazing performance. https://t.co/94kgvo6DR2

“They called me in and gave me my shot,” Sylvestre said. “I had a great little run in MLS for a bit. Played really well, went back to North Carolina, and I just kept getting my games.”

Brian Sylvestre had to wait for his chance, but once he got it, he put himself on track. In all, he made nearly 50 appearances for the Carolina RailHawks/North Carolina FC.

“I’m 26, I’m still not in my prime yet,” he said. “It’s kind of a waiting game, but once you get your starting spot and you show what you can do, your chances will come.”

Now, after spending a somewhat fruitless year with the L.A. Galaxy, Sylvestre will get a chance in Wisconsin for Forward Madison. And if there’s been one constant in Sylvestre’s career, it’s that he knows how to take his opportunities.

Brian's signing will be confirmed pending league and federation approval. Follow Brian on Twitter and on Instagram. Get tickets to see Brian in Forward Madison FC's inaugural season at https://www.forwardmadisonfc.com/tickets.