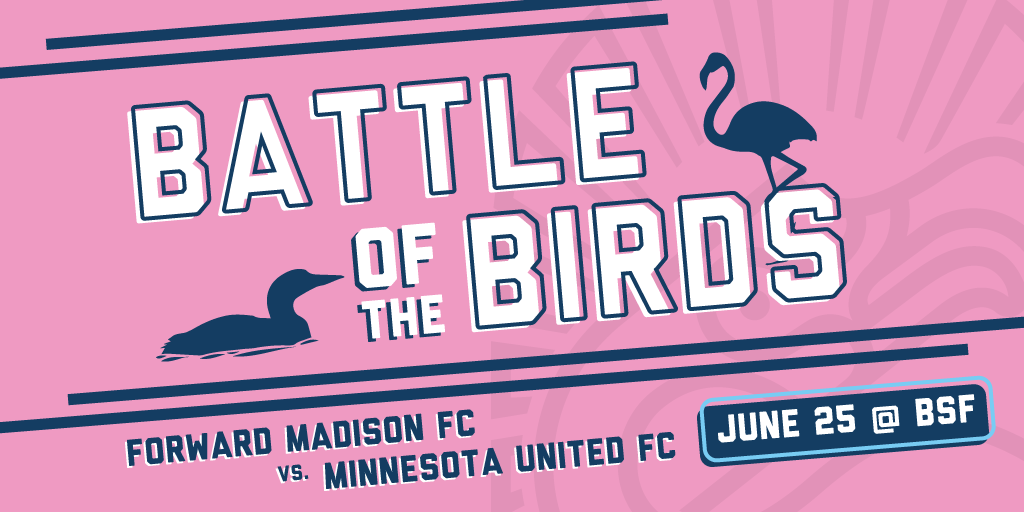 Forward Madison FC will host an exhibition game against Major League Soccer’s Minnesota United FC on Tuesday, June 25 at historic Breese Stevens Field, the team announced Tuesday. The match will be the first time an MLS team has played in Wisconsin since the Chicago Fire visited Milwaukee in 2005.

According to Forward Madison Managing Director Peter Wilt, the exhibition will be one of the marquee events of the club’s inaugural season.

“This match will be the highlight of the summer for many of our fans,” Wilt said. “The chance to see a Major League Soccer team play in Madison is extremely exciting.”

Thursday’s announcement represents just one aspect of the partnership between Forward Madison and Minnesota United, which the two clubs announced in December. Madison may also receive players on loan from Minnesota, and the teams will share scouting and technical resources.

“This game is a win-win for everyone,” Minnesota United Sporting Director Manny Lagos said. “This partnership has a lot of facets to it, and this friendly is a great example of sharing our resources and helping expand the reach and growth of soccer across both of our great communities.”

Forward Madison season ticket holders will have the Minnesota United exhibition included in their season ticket plans, and will also have first dibs on purchasing additional tickets to the game. The match is also included in the White option of Forward Five Packs. Individual and away section tickets will go on sale at a later date.

“Minnesota United has been a great partner and we look forward to hosting them in June,” Wilt said. “It will be a good opportunity for our players to test themselves and a real treat for the fans of both teams.”

Forward Madison FC’s inaugural season is nearly here! The team will kick off its first-ever game on April 6, then open at home on April 27 vs Greenville Triumph SC. Fans can get tickets to watch Forward Madison take on Minnesota United right now by signing up for season tickets and Forward Five Packs to the inaugural 2019 season at: https://www.forwardmadisonfc.com/season-tickets.