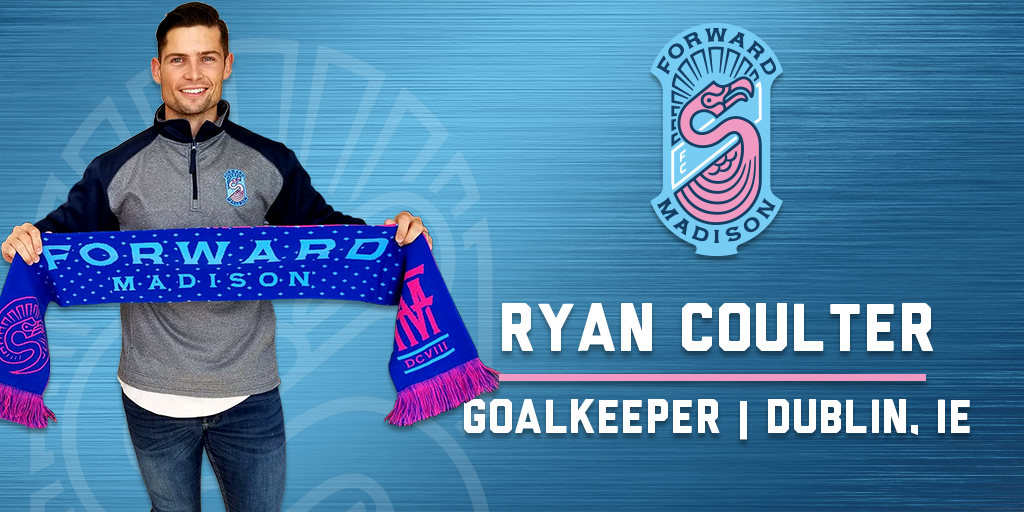 Forward Madison FC has signed 30-year-old Irishman Ryan Coulter as a goalkeeper and goalkeeping coach, the club announced Wednesday. Coulter brings a veteran presence to the team, having played over 3,000 minutes professionally in the League of Ireland. Coulter also comes in with previous coaching experience and a UEFA Goalkeeping B License.

Coulter, who spent 2018 as a goalkeeping coach for the University of Central Florida and as a player for Emerald Force SC in the NPSL while waiting on his Green Card, said he was delighted to have the opportunity to both coach and play for Forward Madison.

“When (Head Coach) Daryl Shore spoke to me about what the opportunity was, to compete to play as well as come in and be the goalkeeper coach, I couldn’t turn it down,” he said. “Adding into the mix that it’s a brand-new franchise, it’s really exciting times. I couldn’t get the pen to paper quick enough, really.”

According to Shore, Coulter will not only serve as a key member of FMFC’s coaching staff, but will also be expected to contribute on the pitch.

“When I reached out to Ryan, I knew within the first five minutes that this would be a good fit,” Shore said. “He buys into everything we we’ve talked about from both the coaching side and the playing side of things. You want two goalkeepers who can be seen as your number one goalkeeper, and we feel that in signing Ryan, we have someone who will not only push (current FMFC goalkeeper) Brian Sylvestre, but can challenge him for playing time as well.”

With preseason now underway and the season coming up in April, Coulter said he can’t wait to get started.