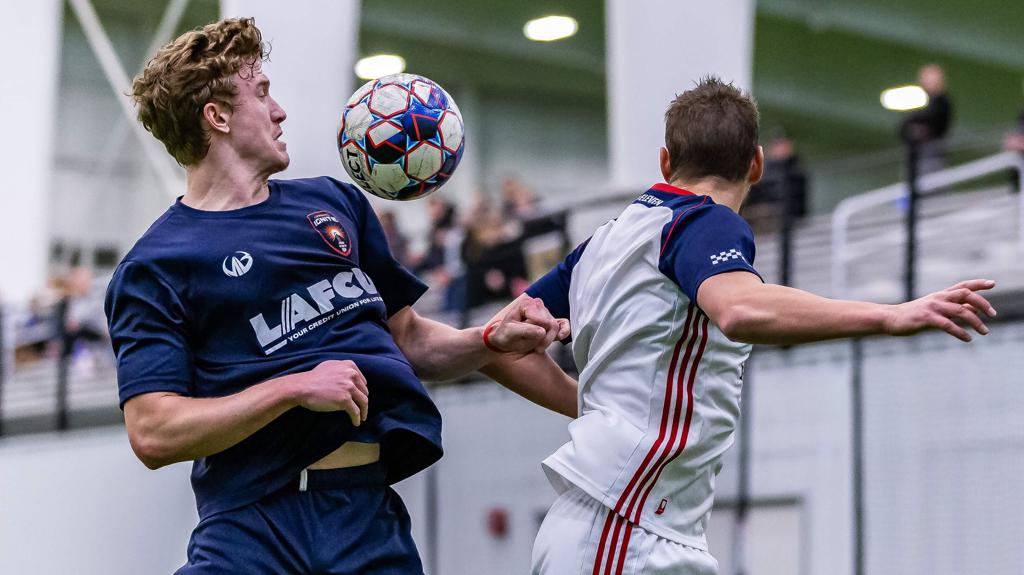 Steeve Saint-Duc opened the scoring for Lansing in the 21st minute, converting a penalty that he earned moments before. Indy equalized midway through the second half, but the Ignite pulled themselves back in front ten minutes later, converting a set piece and sealing the win.

Ignite Head Coach Nate Miller was impressed with his players' effort in their first match together.

"The biggest thing I liked was the mentality and approach and how aggressive our guys were," said Miller following the match. "[We] attacked the game first, and that's what we want to be – a very aggressive team."

Miller applauded Saint-Duc, who was a bright spot throughout his time on the pitch despite playing out of position.

"[He] played a position he's not usually accustomed to just because of the player personnel we have right now, and I thought he was very good," Miller said.

Lansing continues its preseason slate this Sunday, March 3 on the road against another USL Championship side. The Ignite will travel to Pennsylvania to play Pittsburgh Riverhounds SC at Highmark Stadium.